You have read in prior blogs that I was enrolled in a 2 week acculturation program for foreign students at Chatham College in Pittsburgh. When that was over, mother and I left for Findlay. What an adventure it all was.

I believe that we flew from Pittsburgh to Toledo to get to Findlay, but, frankly, I don’t quite remember if we took a bus instead. Our Dean of Students knew that my mother had come with me temporarily to help me get settled. So, she had identified an apartment where mother could stay, located on the second floor of a home that was owned by Mrs. Edith Magoon who lived across the street from my dorm. Mother took a liking to Mrs. Magoon and vice versa and they corresponded over time after mother left for Los Angeles, with mother buying her little presents that I would bring after visiting LA. I remember bringing a hat to Mrs. Magoon as she would always wear a hat when going to church or other social engagements.

The town was very welcoming to my mother and me. We were hosted for tea by one of the nicest women in town who arranged a gathering with other friends of her. Mrs. Magoon, of course was invited and so was the Dean of Students. This social occasion was reported in the society pages of the local newspaper. I don’t remember the host’s name, but I do remember that mother and I had a wonderful time for which we were very grateful.

While in Findlay, mother and I would walk downtown and buy groceries for her and other necessities that she needed for her daily living. The weather was beginning to get chilly, so we bought thick, white sweaters which I still remember to this day. When we wore them, some in town said that we looked like twins – possibly we were two of the few brown people walking on Main Street. Over time I learned that “my people”, the brown skinned people, were mostly working in the fields picking crops and moving along following the migrant workers stream. This seemed very odd to me as a new comer. Why was it that in the “Land of Opportunity”, not everyone could move up. In my country, not the “Land of Opportunity”, doctors, lawyers, judges, people of influence were brown like me. These thoughts carried on in my mind and helped me define my mission and purpose in life. But, we’ll get to that later. Everything was new to me, the town, the daily routine – meals at the Cafeteria, classes, making friends and studying. During the first 2 weeks, at the end of our day, the upperclassmen would make the freshmen do their bidding. After showering and getting ready for bed, we were summoned to the end of our hall to a gathering place, wearing a beanie that indicated we were freshmen. The upperclassmen – women really since this was a women’s dorm, would command us to do silly things. After an hour or so of haranguing, we were allowed to get back to our rooms to study or go to sleep.

The socialization that I was accustomed to was very different. Women had a lot more freedom even in those days than I was accustomed to in Nicaragua. They could go to bars as a group. An establishment called “The Pub” was frequented by female and male students. There was another bar called “The Road House”, located a little farther away, where there was drinking and dancing. While I was familiar with drinking and dancing as a teenager in Nicaragua, females my age did not go to bars. We went to parties at our friends’ homes, celebrating a birthday or special occasion. Older adults, chaperones, were present at these parties. Males drank more than females and there was a lot of dancing. So, I was not into the bar scene. I remember being at “The Pub” only once or twice, out of curiosity. Instead, I stayed at the dorm and studied or socialized with my roommates and new friends. We used to watch soap operas downstairs in a lounge – “The Secret Storm”, is one of those I remember, and, of course, there was Ed Sullivan on Sundays. Now you realize how old I am. 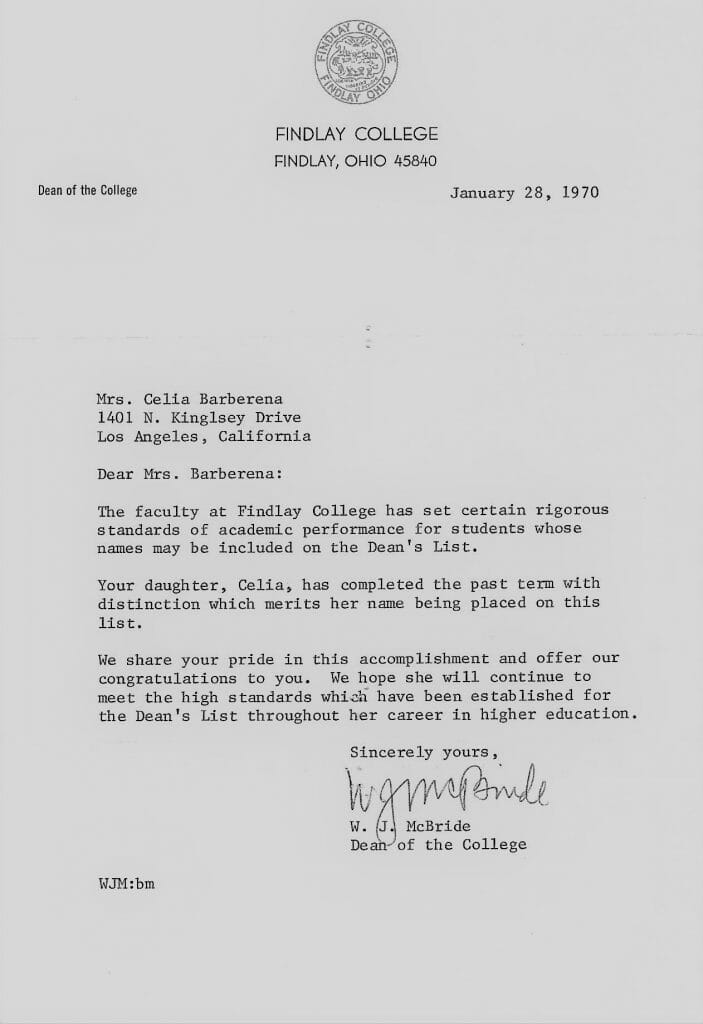 My advisor was Mr. Templeton. He tended to helping me develop a schedule as an Economics major, Sociology minor. I remember that he was very gentle and attentive and when he surmised that I was homesick or sad, he referred me to a counselor whose office was in Old Main, the oldest building on campus.

It took me a year to get used to how things were. On my second year I began dating and still remember Bill, a tennis star, Captain of the tennis team, that took a liking to me. We would double date with Steve, a good friend of his and his girlfriend. Bill was a good kisser. Kay Roger, with whom I have reconnected now, was my roommate for part of the time and she invited to stay at her home in Maryland for one Thanksgiving break. During this visit, I remember being invited to Bill’s home and having a good time with his family thanks to Kay and her hospitality. We also went to Washington, D.C. with Kay’s sister and mother. They were warm, thoughtful and intent on showing me the sites. Tragically, Bill and Steve were killed in a car accident on their return trip to Findlay from home in Maryland. This happened after Bill and I had stopped seeing each other.

All that I remember about my years at Findlay College, now University of Findlay, is positive. I considered these the best years of my life way into my thirties.