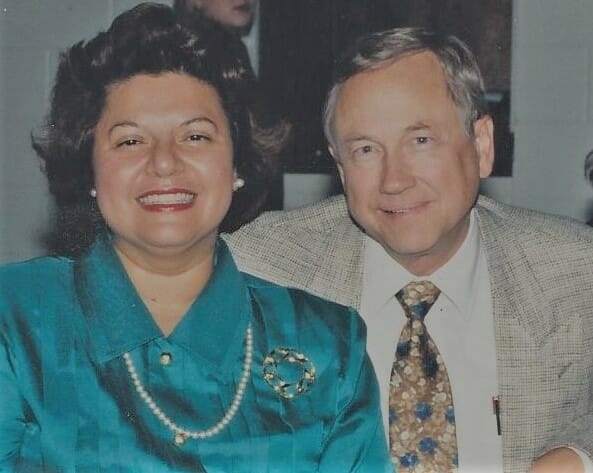 You never know where life will take you.  When I was growing up as a Catholic girl I never thought that I would marry and later divorce.  Marriage was supposed to be forever.  However, that was not true for me, painful as it was in so many levels.  In addition to the personal loss, I was so sorry to tell my very Catholic family, particularly my father, that I had failed at marrying for life.

Healing does come with time and in my early 30’s, after being divorced for a while, I began to feel like I wanted to find a partner to love and remarry.  Try it for keeps this time.  However, years passed with no husband to share my life with.

It was in my mid 30’s that I asked a friend of mine who did psychic readings to do a reading for me asking: “Where is Celia’s new husband?”  Now, you are rolling your eyes and thinking Celia, what’s the matter with you?  We thought you were a very rational person. Do you really believe in psychics? Well, at the time, I thought, the universe sends you messages in many different ways. Maybe I can get some clues.  Where is he?

Jeannie, my friend, said that yes, she could see “a man dressed in a suit, wearing a big ring”. Is that specific enough for you? Nonetheless, I started looking at men in suits, wearing rings. My boss at the time wore suits to work and a big diamond, but I thought, “No, I’ll keep looking”.  At a business lunch, I met an attorney dressed in a beautiful suit wearing a big emerald – my birth stone!  During our conversation I found out that he belonged to a very strict religion and I thought: “Good grief, how will I remember all of those rules?”

It did not occur to me then, that I already knew my husband to be.  We had been friends for 3 years, but had never been out on a date.  We would talk and enjoy each other’s company.  He would come to parties at my apartment and help me clear the dishes as we talked, but we had no romantic relationship.  See, Ned was and is 15 years older than me and, at a subconscious level, this was getting in the way, maybe, though nothing was ever said about it.

At around this time, as I had in the past, I invited him to come to my house for a party.  Somewhere in the middle of my party I look up and there he is, wearing a suit and a big ring, a ring I had never seen in his hand before.  I said: “Ned, nice ring”. He said it was a gift from his grandmother but, being a Minnesotan, which he is, he thought it was too showy. But this was a party, why not wear it? I thought, my man wearing a suit and a big ring has been in front of me, and I did not see him until now?

I called him later in the week expecting to get his answering machine, but he answered instead. I almost lost my nerve.  I said, “I was planning to leave you a message in your machine”.  He said, “Why don’t you tell me what you were going to tell my machine”. I nervously said, “would you like to go see a movie?”  He said, “you know I’ve been meaning to ask you to go to a party but instead why don’t we go to the movies”.

A year and 8 months later, we were getting married, taking a risk that has paid off for almost 35 years.  Ned Budlong, my husband, wearing a suit and a big ring, arrived on August 29, 1986.