Neither of my parents were raised by their biological parents; however, they were given love and support the way their aunts, who raised them, knew best. They, in turn, provided me with intentional guidance so that I could pursue education as a way of establishing my place in the world.  What follows is a recount of their intentional parenting.

My father was born to a family of modest means.  The engine of the household was my grandmother, Julia Perez.  She raised her 8 children from income provided by her own small business which consisted of selling dry goods from her living room, where she had shelves and a counter built to hold her stock and deal with buyers and sellers.  Her customers were the neighbors and people living near-by.  She sold sugar, beans, rice, coffee, tortillas, crackers, bread, ice – you get the picture.

Because she was so busy with her small business and running her household of 8 kids, my father was raised by his Aunt Ventura, a cousin of my grandmother’s who was unmarried and had no children of her own. Aunt Ventura realized that Alejandro, my father, was very intelligent and that discipline was necessary to hone in his talents towards a successful future.  She emphasized the importance of education, getting him tutors to supplement his school learning so that he could take advantage of his innate talents.  When my father was in Secondary school, Aunt Ventura got him a tutor that would teach him bookkeeping so that he could start thinking about a career.  My dad was inclined to study Law and with his earnings from a small job and Aunt Ventura’s help, he put himself through law school and finished with a doctorate degree in Jurisprudence.

My mother was an orphan at the age of 8. Her mother had died when my mother was 3 years old because of complications after giving birth.  Mother’s father died when she was 8.  She was then adopted by her Aunt Isabel who was married but had no children. Growing up, my mother would had liked to attend a university, but in her time and in her country of birth, Nicaragua, she was discouraged from doing so.  Her experience led her to encourage me, her daughter, to take advantage of every educational opportunity and succeed in life from my own steam.

At the age of 3, I started noticing that children older than me would walk by our house on their way to a pre-school down the street at the home of Dona Corina, the teacher.  At this age I could speak clearly and expressed the desire to follow them and be part of the group. My mother knew that I was younger than those attending, but asked Dona Corina if she would accept me and she said yes.  She could start teaching me my ABC’s and numbers.

At the age of 5, I started Kindergarten at an all-girl Catholic school run by nuns. There was never a question as to whether I would attend an all-girl Catholic School.  The question was which one.  The school closest to our house was chosen by my parents.   On the first day of school, my father walked me to school and went in with me.  We came into a big hall where there was a gathering of students.  Everyone seemed so tall.  In this school you could start in Kinder and go all the way to High School, so there were some very tall girls in front of me.  I was glad to be with my father.

Our school system included Primary school for the first six grades and Secondary school for the following 5.  Mid way through Elementary I told my parents that I did not want to go to my school anymore. Kids in our neighborhood were picked up by a school bus and taken to Colegio Frances which was somewhat farther.  Riding the bus with other girls seemed like a lot more fun than walking to school. I guess I have been a wanderer from an early age.  My father who adored me said that if that was what I wanted, I would be more motivated to do well in that school and so I was enrolled in the Colegio Frances.

When I was about to finish Primary School, my mother heard of a school called Colegio Teresiano, also Catholic and run by nuns, where they taught English and where I could finish the Secondary grades in a bilingual setting.  However, this was in Managua, about a 45 minute to an hour drive by bus from Granada.  Not to worry, there was a school bus that could pick me up in Granada and take me to school.

I still remember being matriculated by my mother in Colegio Teresiano.  I was interviewed by a nun who conducted a test of my Grammar and Math skills.  Before taking me to be enrolled, Mother did not tell me that there would be an admission test, as she thought this would make me worry and would stress me prior to going there – or maybe convince me that I did not want to go to school there.  So, here I was on that day, between my mother and the nun, and there was no other way but to move forward with their program.  In the nun’s assessment I was slightly behind in either Grammar or Math – I don’t remember, but would make a good student and catch up. At this time I was 11 years old.  To enter bilingual instruction, Colegio Teresiano offered an academic year in an English immersion program.  After that, I would continue into Secondary school taught in 2 languages, English and Spanish.

The academic year spent learning English was challenging.  The bus would pick me up at 7:00 am to take me to school in Managua.  We would arrive close to 8 am and begin lining up in formation according to grades.  We would sing the National Anthem and proceed in line to our classrooms, dressed in pressed brown and white uniforms and brown oxford shoes worn with white socks.  There was no chewing gum allowed as we should not ruminate like cows, we were told.  The nuns could smell gum a mile away and give you the third degree about it.  So, why bother. 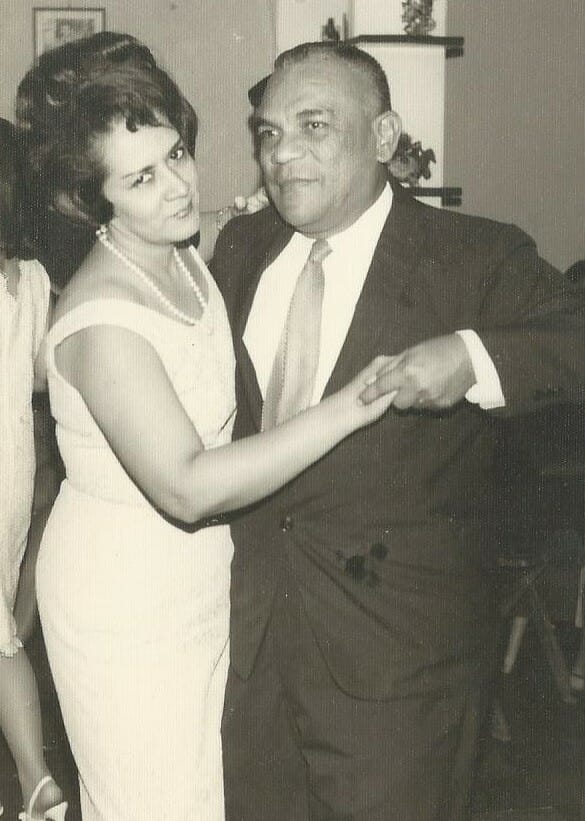 Just before completing Secondary school, representatives from the American Embassy came to my school to offer us the opportunity to apply for scholarships to study in the US.  A friend of mine and I decided to apply.  Maybe we could come to the US together.

The application process involved taking a test of English as a Second Language (TESOL).  We passed the test and were invited to interviews.  Of the questions asked in my interview I still remember this one: “Are you a member of the Communist Party?” to which I responded “No”. The Cold War was in full force at the time and this was definitely a very important question.

My father, who loved Geography, checked our maps to find out where Findlay, was and what airport I should fly into.  This turned out to be in Toledo, Ohio.  The adventure continued, as shortly after that, I was offered the opportunity to participate in a 2 weeks acculturation program at Chatham College in Pittsburgh, PA.  This seminar was attended by students from all over the world.  I still remember making friends with a student from Japan, one from Jordan, one from Afghanistan and one from Pakistan.  I wish I could see them again, sometime before I die.

When I was barely 11, my mother set me off on a road that would lead me from Nicaragua to Ohio and so begin my experience in these United States of America.  I owe both of my parents so much for their intentional parenting.