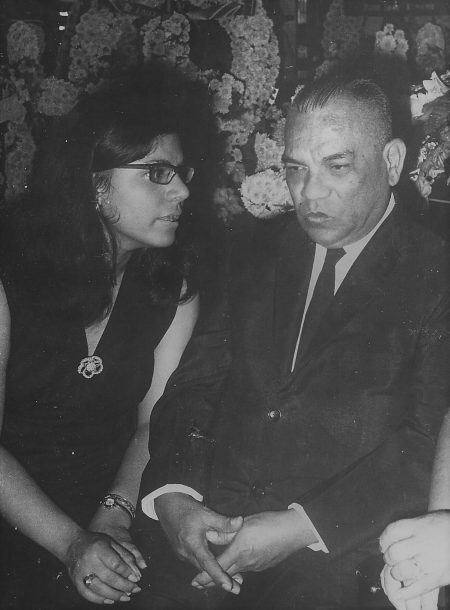 I have written how my mother lost her parents at an early age. She also died young.  As I examine her life, she learned from the struggle of living through the challenging hand that was dealt to her.

Following me, she immigrated to the United States and settled in Los Angeles where she had friends who helped her get a job at a factory making dresses.  In Nicaragua, she had someone make dresses for her.  Over here, she had to earn a living making dresses that were sold at fancy department stores for 10 times what she got paid to sew them.

When you write about your life, your memories jump and are not laid out in a chronological order.  So I’ll speak about her death.  She noticed a lump in her right breast and was so frightened that she could not deal with it by going to a doctor. She thought that possibly her cancer was coming from inside her body.  I was studying thousands of miles away in Ohio.  When I found out, I offered to live with her, take care of her and leave my scholarship from Findlay.  She was not amenable to that.  My mother had a strong will. She said I should graduate from college, but said she would go to the doctor. When I visited back from school I had graduated but she had not gone to a doctor.  So I took her the only way I knew how, in a big city completely foreign to me – to Emergency because she was in pain.  It was found that the cancer had spread to her other breast.

In the late early 1970’s we did not know all of the avenues that we have now to treat cancer.  Nonetheless the doctors prescribed chemotherapy and radiation therapy.  She was only 54 years old.  These treatments extended her life for 2 more years.  She died at the age of 56, still beautiful, vibrant and strong willed.  I inherited so many of her qualities, particularly the ability to thrive when challenged.

When she passed, I called my family in Nicaragua and asked for their help to bury her there.  I had no family here and said to my father: “I cannot do this alone”.  My father and mother’s brother, Uncle Guillermo, worked together with the American Consulate in LA to make the arrangements to transfer the body to Managua.  We received a lot of help from the Consulate in selecting a mortuary in Los Angeles that had experience with this kind of transaction.  While in the plane to Nicaragua, I heard the woman next to me talking about a coffin that she had seen being loaded into the plane.  I knew that was my mother.

We were met by my father and other relatives upon arrival to Managua.  The wake was held at my Uncle Guillermo’s house.  Family, friends and organizations familiar with my Dad’s work sent many flowers – coronas – as they are called in Nicaragua because they are arranged in a circle.  Edged in my brain is the memory of seeing the coffin go down into the grave.  At this time I knew it was final. 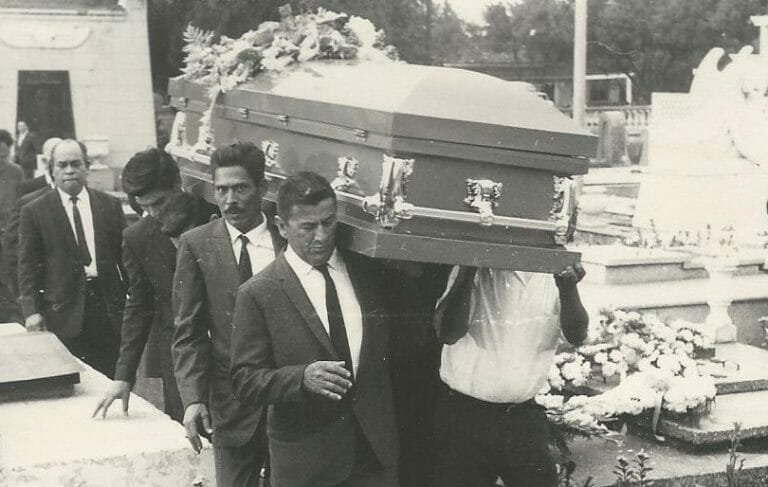