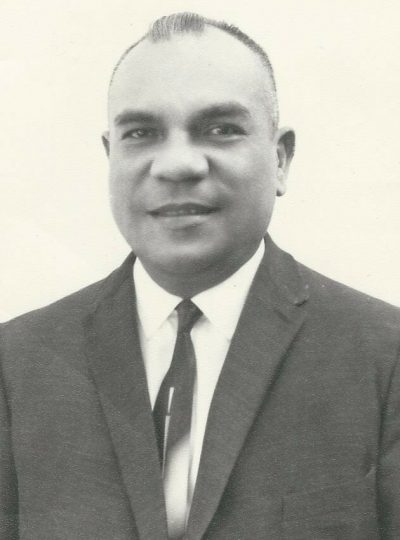 In Spanish speaking countries, our full, legal names include both of our parents’ surnames – the father’s lineage comes first and it is the most important one.  In my father’s case, that would be Barberena as he was the son of Juan Barberena.  Perez comes from his mother’s lineage.  His complete name, therefore, is Alejandro Barberena Perez.  He held the degree of Doctor in Jurisprudence, so he was referred to as Dr. Barberena Perez.  For me, he was only “Papi”. He had different names for me – “muchachita”, which means little girl, “muñeca”, which means doll.  As I write about him, I feel a tug in my heart, a lump in my throat.  We adored each other.  We connected at a very deep level.

My father was born to a family of modest means.  The engine of the household was my grandmother, Julia Perez.  She raised her 8 children from income provided by her own small business which consisted of selling dry goods from her living room, where she had shelves and a counter built to hold her stock and deal with buyers and sellers.  Her customers were the neighbors and people living near-by.  She sold sugar, beans, rice, coffee, tortillas, crackers, bread, ice – you get the picture.

Because she was so busy with her small business and running her household of 8 kids, my father was raised mostly by his Aunt Ventura, a cousin of my grandmother’s who was unmarried and had no children of her own. Aunt Ventura realized that Alejandro was very intelligent and that discipline was necessary to hone in his talents towards a successful future.  She emphasized the importance of education, getting him tutors to supplement his school learning so that he could take advantage of his innate talents.  When my father was in Secondary school, Aunt Ventura got him a tutor that would teach him bookkeeping so that he could start thinking about a career.  My dad was inclined to study Law and with his earnings from a small job and Aunt Ventura’s help, he put himself through law school.

I don’t know how he met my mother but I do know that he was not acceptable to Aunt Isabel, who raised my mother.  Celia was very beautiful, a talented story teller and loved to dance.  Through family folklore I learned that she used to dance the tango at local theater performances arranged as fund raisers for our church.  Aunt Isabel wanted somebody to match her beauty and talents.

When Aunt Isabel learned that mother was falling in love with Alejandro, she went out of her way to separate them and quickly sent her away to Managua.  Evidently mother had an admirer that was a medical doctor, wore crisp linen suits and would visit her regularly at home.  He was a very attractive suitor. This was Aunt Isabel’s choice. Since my father was completing Law School, I suspect that the main reason for his being unacceptable was that Alejandro was of a darker complexion than my mother.  Aunt Isabel was not very accepting of darker skinned people and these prevailed in my father‘s family.

Alejandro put enough interest in her beloved Celia so as to go to Managua and find her.  Mother came back go Granada where they were both determined to be engaged and get married.  At that time, Alejandro did not earn enough to maintain his own household, so they started their married life living at Aunt Isabel’s house.  This could not have been very comfortable. 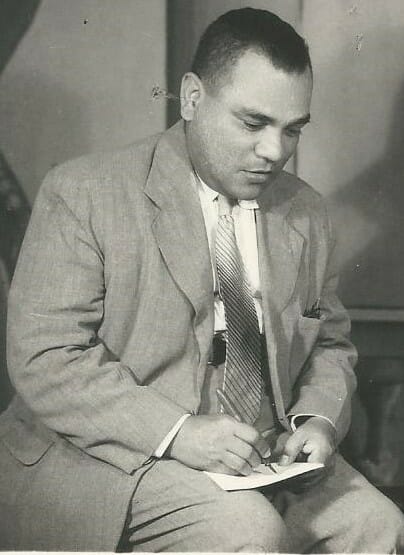 Because of his energy, ambition and gumption he continued to grow as a practicing lawyer and 5-6 years later he was appointed Judge of the Municipality of Granada.  At this time I was six months old, and he then could afford a household of his own.  We moved to a house adjacent to the Court house.  This must have seemed like an act of heaven for my mother who now could run her own household.

Alejandro was very verbal and could hold a conversation on many topics: politics, world history and geography, local folklore, family traditions – you name it, he could engage anyone in interesting repartee.  Growing up I realized that he was a most accomplished human being, a power to contend with, a force of nature.  And this force of nature believed in me.  From his love and approval comes my self-confidence.

Recently I googled his name, just to see if anything would come up and I found citations of 11 of his works in 18 publications.  You can do the same – just google his name as Alejandro Barberena Perez and you’ll see what comes up. In the past I believed that most of his writings were about the City of Granada where we were born and where our roots are; however, he also wrote about other Nicaraguan historical figures and issues.

I think it was because of his humble beginnings that he felt he always had to hold more than one job.  In the morning he worked as a judge at the Court house.  In the afternoon he taught World History and World Geography at the Instituto Nacional de Oriente y Mediodia.  He was a correspondent for a newspaper, writing about what was going on in our home town, Granada.  Through all of this industry and work, he accumulated enough property and reserves to have a very nice retirement and leave money to his loved ones.  However, this was not to be.

You and I have learned about the Bolshevik Revolution that led to the formation of the Soviet Union, the Chinese Revolution led by Mao Zedong, the Cuban Revolution led by Fidel Castro, Che Guevara and his influence in starting revolutions in the Southern Hemisphere, Hugo Chavez and the changes he brought to the government in Venezuela.  Like these, the Sandinista Revolution originated in Nicaragua in the late 1970’s.  As in the other revolutions mentioned, the intent of the revolutionaries was to defeat the government as it was and start their own; to free the people at the bottom from the powers in control and begin a form of government that will benefit the poor and the oppressed.

When the Sandinista Revolution came to be, just as in the Cuban Revolution and others cited, there was a lot of displacement of people associated with the prior regime.  Because my father had a government appointed position, he was jailed. His crime was holding office under the prior government – that was enough.

As I mentioned before, he had been a teacher of History and Geography at the Instituto Nacional de Oriente in Granada.  It so happened that some of the revolutionaries had been his own students at the Instituto.  They saw him in jail and asked him: “Maestro, what are you doing here?”  He said, they jailed me because I was an appointed judge.  They asked: “What can we do for you?” He said: “Help me move my trial up so that I can present my own defense”.  The students, who were leaders or acceptable to leaders in the Sandinista movement were able to do so.  While some of the jailed people like my father waited for years for a trial, my father was able to present his own defense and declared innocent within a period of 3 months.  Not so small a victory, however, all that he owned was confiscated because he was associated with the prior regime.  A life of industry, saving and investment was wiped out with one stroke.

His experience is no different from the many that left Russian, China, Cuba, Venezuela or Nicaragua.  At the time of a revolution you can expect a transfer of ownership to the new leaders in charge, as well as a tremendous brain drain of those who owned property, built businesses, had professional standing and flew to Miami and other countries in Central and South America to start a new life.  My father at this time was in his 60’s and would have retired shortly after.  He was not in a state of mind to start anew in another country.  He went to live with his family in Granada.  He had been good to them when he could and now they were being good to him.  He adored Granada and held residence in it throughout his life.

After things settled down I was able to help him financially and to visit him several times before his death at 83.  To the end we loved each other deeply and could connect very well.  I know deep in my heart that I owe him so very much.