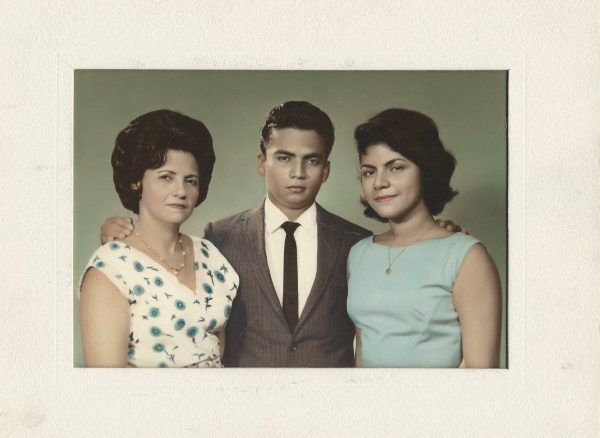 Neighbors would tell my mother to be careful with her in-laws as they were a difficult clan to contend with.  Mother already knew.

Now that I have been married for 35 years, I know that in-laws can make your life sweeter or treacherous. I also know that marriage requires work even in the best of circumstances.

My friend Rose is very caring of her family, even distant relatives.  I am amazed that she sometimes drives from the Central Coast of California to the southern California dessert to visit an aunt.  I grew up so totally differently, being apprehensive of closeness to relatives. In my experience, you needed to stay on guard. If you trusted too much you might be very disappointed. I say to Rose: “Darling, when I see a relative coming towards me, I may run in the opposite direction.” We both laugh, but this is not completely untrue.

By the time I graduated from high school my parents had separated and later divorced. At the time I did not understand completely the reasons for this.  I was only 13.  Prior to the separation I knew that my parents were not speaking to each other. For quite a while father had not come to have lunch with us after his work at court where he was a judge, as he had in the past.  He went to eat lunch at his mother’s house instead. Lunch in Nicaragua is the big meal of the day.

Separation and divorce was just such an unusual and painful experience in an extremely Catholic country, in the traditional city of Granada, founded in 1524 and proud of its long history, culture and traditions.  One of these traditions was: “You marry for life”.

I was too young to have a say in the matter.  My brother was 5 years older, almost ready to go to college. He had no say in the matter either.  My mother decided to take us to visit her brother in Managua for a week.  Maybe this was not cleared with my father prior to leaving.  When we were in Managua, mother got a call from a neighbor saying that she had better come back soon because dad’s family were coming to our house and were hauling mother’s things with her – sheets, blankets, dishes, anything not nailed down.

Mother asked her contractor brother to lend her his truck to go and pick up all of her things and take them to Managua.  Was this the right decision? Should she had just gone back home and claim her things? I don’t know.

Needless to say, our roots were badly shaken.  We moved to live in Managua, the capital.  Why did we not stay to live in Granada? In our home? All I can think of is that mother did not want to face her friends and neighbors as a divorced woman.

Why Managua? Because my mother’s brother, Uncle Guillermo, took us in to live with his family.  This was what families did.  My mother, his sister, could expect to find a home with her brother and his family under these circumstances.

As an adult I see what a tremendous jolt this was for my Uncle’s family.  He had a wife and 5 children.  Now, he also had a sister and her two children under his roof.  There were 10 of us living in his house.  Luckily, he was a private contractor and had added 2 extra bedrooms in the back of his long house and a second bathroom.  There was room to live more or less comfortably.  However, you don’t just need room.  You need a sense of home, a sense of privacy, a feeling that you are welcome, even loved.  Yes, as an adult I understand what a stressor this must have been for them.  After living as a family unit – mom, dad, brothers and sisters, they had to open their home to 3 more people, who they knew from infrequent visits.

We lived with them for 5 years, 5 long years.  Did I say, 5 long years?  Was there lasting trauma on both sides? I can’t tell.  I do not remember any arguments.  I do remember not being able to argue.

One of the aspects of my life that I cherish now is that I share my home only with my husband.  I am very private and seldom have visitors. I crave living according to my own rhythm.

Could we have been a happy family of 10? I don’t know.  I know that we were not.